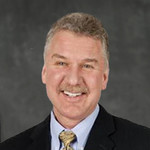 Chairman of the Board

Dr. Peter Mueller is currently the President of the Mueller Health Foundation, a private foundation tackling globally lethal infectious diseases such as tuberculosis by addressing latency and the ever growing challenges of antimicrobial resistance. From 2014 to 2016, Dr. Mueller was the President of R&D and Chief Scientific Officer at Axcella Health. Prior to joining Axcella, Dr. Mueller served as the Executive Vice President of Global Research and Development & Chief Scientific Officer at Vertex Pharmaceuticals where he provided strategic oversight for Vertex’s worldwide drug discovery and development programs. Under his leadership, the company secured approval for and launched two breakthrough drugs, INCIVEK® (HepC) in 2011, and KALYDECO® (CF) in 2012. Additionally, Vertex submitted both an NDA and MAA for ORKAMBI® (CF). Prior to his time at Vertex, Dr. Mueller served as Senior Vice President, Research and Development, for Boehringer Ingelheim Pharmaceuticals, Inc., where he played a key role in the development of Spiriva®, Combivent®, and Atrovent®. He is a member of various scientific and political societies, including the Gesellschaft Deutscher Chemiker (GDCh) and Verband Chemische Industrie (Germany), Royal Society of Chemistry (U.K.), IRI, RNA-Society, ASAP, AAAS (U.S.A.) and currently serves on the Boards of Directors and Scientific Advisory Boards of companies and organizations including US-India Chamber of Commerce Biotech, Pharma & Medical Devices Council, University Iowa (CBB), Keystone Symposia, Inhibikase Therapeutics, Inc., and Kaleido Biosciences, Inc. Dr. Mueller received both an undergraduate degree and a Ph.D. in chemistry at the Albert Einstein University of Ulm, Germany, where he also holds a Professorship in Theoretical Organic Chemistry. He completed fellowships in Quantum Pharmacology at Oxford University and in Biophysics at Rochester University. 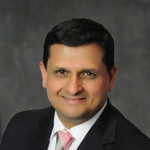 Dr. Laumas is the chief executive officer of Innovate Biopharmaceuticals, Inc., a biopharma company and has served as its Executive Chairman since 2018. Dr. Laumas is also the founder and Managing Director of Bearing Circle Capital in Greenwich, Connecticut. He started his career at Goldman Sachs & Co. in New York in the Investment Banking Division. Dr. Laumas then joined Balyasny Asset Management in New York and later moved to North Sound Capital in Greenwich, Connecticut as a Managing Director responsible for global healthcare investments. Dr. Laumas has served as a director of SRL Diagnostics Ltd., Asia’s largest clinical laboratory services company and as a director of Parkway Holdings Ltd. (IHH Healthcare: Singapore: IHH), Asia’s largest hospital company. Dr. Laumas has a unique industry perspective, particularly in both public and private investments and financial transactions in the healthcare arena. Dr. Laumas received his A.B. in chemistry from Cornell University in 1990, his M.D. from Albany Medical College, with a research year at the Dana-Farber Cancer Institute and completed his medical internship at the Yale University School of Medicine. 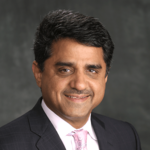 Dr. Mehta brings over two decades of experience in the pharma and biotech industry, during which he has successfully designed and implemented innovative solutions, established global commercial operations, and led cross-functional teams. During his career, he has garnered a deep understanding of the biopharma and healthcare ecosystem and has been actively involved in generating a range of value creation initiatives in corporate strategy and planning, global business development and corporate fundraising. He is a Co-founder, Chairman of the Board and Chief Executive Officer of BioXcel Corporation. Dr. Mehta has held various senior scientific and business development positions, including Senior Vice President of Business Development at Inpharmatica Ltd. and Jubilant Life Sciences. Previously, Dr. Mehta served as Business Development Manager at CuraGen Corporation. Dr. Mehta holds a Ph.D. in chemistry from the University of Delhi, India and completed a Post-Doctoral Fellowship in chemistry at the University of Montpellier, France. 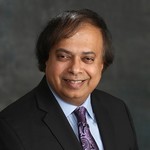 Dr. Nandabalan brings over two decades of experience across multiple functions in the pharmaceutical and biotechnology industries, including research & development, operations, and business development. He has extensive experience in M&A and in/out-licensing. He holds 12 issued patents and has published in leading journals such as Cell and Science. Dr. Nandabalan has garnered a deep understanding of market trends impacting the global healthcare environment, the pharma value chain, current unmet medical needs, and in the application of novel technologies to address these needs. For over ten years, he has led the pioneering development of big data analytics and machine learning at BioXcel [Corporation], and its application in drug discovery and development. Dr. Nandabalan holds a B.Sc. and M.Sc. in agricultural science from Tamil Nadu Agricultural University and a Ph.D. in biochemistry and molecular biology from Indian Institute of Science. 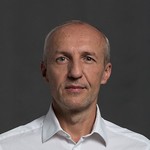 Since 2013, Mr. Votruba has been the Director of the Gradus/RSJ Life Sciences Fund, the largest dedicated fund in Central Europe with a portfolio of companies in Europe and the United States. Mr. Votruba has served as a director of Mynd Analytics, Inc. (NASDAQ: MYND), a telebehavioral health services company, since July 2015. Since 2010, he has served as a member of the board of PrimeCell Therapeutics as the Director of Global Business Development overseeing the expansion of the largest regenerative medicine company operating in Central Europe. In 2009, the Czech Academy of Sciences solicited Mr. Votruba’s expertise for the first successful privatization project of the Institute of Experimental Medicine in Prague: the newly created protocol established a precedent for future privatization projects in the Czech Republic. Mr. Votruba graduated as a Clinical Psychiatrist from the Medical Faculty of Charles University in Prague in 1989. Shortly thereafter, he emigrated from Czechoslovakia and developed his professional career in Canada and the USA. Since 2005, Mr. Votruba combined his theoretical and clinical experience in the field of Competitive Intelligence serving the global pharmaceutical industry for eight years as an industry analyst advising senior leaders of companies including Amgen, Novartis, Eli Lilly, Allergan, EMD, Serono and Sanofi.